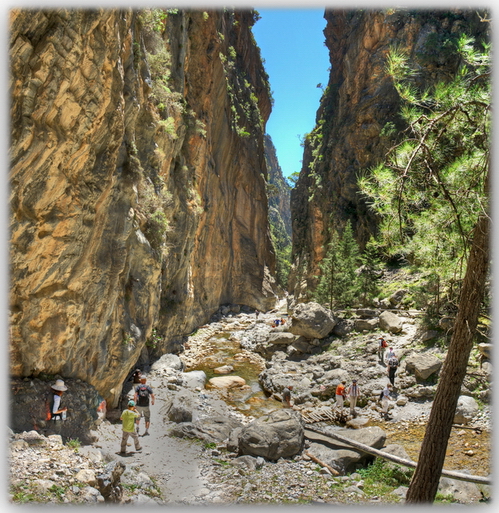 The Samaria Gorge in Crete is located in the southern part of the prefecture of Chania.

With a length of 16 km, is probably the longest gorge in Europe after the gorge of Verdi in France. Is a national park since 1962 and is home to many endemic species of birds and animals, the most famous of which is the Cretan goat known as ibex (kri- kri). The name comes from the abandoned village of Samaria, which in turn was named after the church of Osias Mary.

During the period of Tourkokratia was hiding rebels and the local population. Since 2010 is part of the World Network of Biosphere Reserves by UNESCO. The canyon is one of the major attractions of Crete attracting many thousands of tourists who want to cross the path of walking 16 km from Omalo to Agia Roumeli.